This tutorial is intended to take a closer look at the AMIGA GameCreator ™REDPILL and to enable you, yes exactly: YOU, to build a cool AMIGA game without any programming knowledge. Unfortunately, there is no documentation for this, actually quite cool, software, apart from various example projects. I can't close this gap here, but maybe you can learn better from the examples after this tutorial than if you start the GameCreator completely blank.

So the goal of this tutorial is not to explain ™REDPILL in its entirety and illuminate every detail. Instead, the goal is to create a tiny game with two levels, enemies, items and an ending that has to be reached. All assets (pictures and sounds) are provided by me here on the right side, under Assets. The genre will be something like a jump'n'run, without any special emphasis on special skills of the inclined player.

During the creation of this tutorial ™REDPILL will be continuously developed. The resulting changes will be regularly incorporated into this tutorial and explained in green boxes on the right hand side. For example, there is now an EHB mode, so you can create games in 64 colors.
Enough of the clever words ... let's get started! 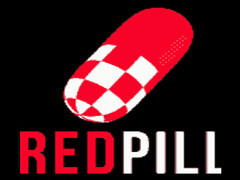 But before you can build anything with ™REDPILL, you should download it from the official website: https://trackerhero.wixsite.com/redpill
There is nothing to install. Just unzip and start if your AMIGA meets the following requirements:

In my case 500kb FastRAM did it to get ™REDPILL to work together.

Those of you who come from other engines under Windows, OSX or Linux, however, have to completely rethink. There is little as comfortable as in the Unreal Engine, Unity or the free GameEngine Godot.
On the contrary. In ™REDPILL it is a good idea to have a notebook with you, whose pages are checked. Why this is so, I will explain at a suitable place. Remember for now that you have to take notes or be a damn brain juggler.